From NU to EU 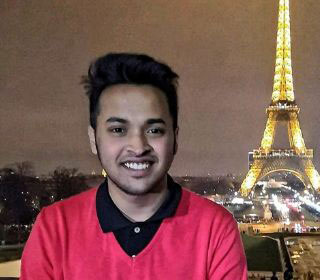 Sourya Rudra BTech BT (Biotechnology) Class of 2018, credits the flexible curriculum offered at NIIT University (NU) as the stepping stone that led him to discover his passion for Business. While studying Biotechnology, Sourya was immediately drawn towards the business electives he was taking as a part of his curriculum at NU. “The flexibility of the NU curriculum offered me opportunities to study subjects I was interested in as electives. Thanks to the mix of business electives with scientific subjects, I knew I was interested in the business side of the Biotech world,” he says. To pursue his new-found interest in Business, he pursued his Master’s in Management at Emlyon Business School, one of France’s leading Business Schools. He also bagged the prestigious Eiffel Excellence Scholarship from the French Ministry of External Affairs. After graduating from Emlyon, he kick-started his career at Sanofi Pasteur’s global headquarters in Lyon. He completed global marketing and communications projects at Sanofi Pasteur and moved on to work as an Analyst at Cerner Enviza in Paris. “I’m now a part of the European Commercial team, which specialises in the oncology consulting domain. None of this would have happened if I hadn’t pushed myself and received the support and foundation from NU,” he says. While at NU, Sourya was actively involved in the activities on campus. As the President of AIESEC at NU, he led a team of 20 members involved in cross-cultural exchanges across the globe and oversaw a project that hosted 6 international interns.