“My university mentors pushed me to think out of the box” 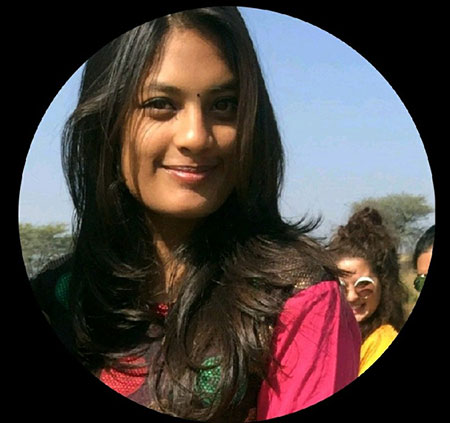 Class of 2021 (BTech Biotechnology) student Lasya Priya Kanchi was eager to pursue research, especially in molecular biology, cell culture and bioinformatics, her areas of interest. Incidentally, a year into her BTech programme, Lasya played a key role in organising NU’s BiOmics symposium. She tapped into the strong research base provided by NIIT University (NU) as well as its partnerships with leading research organisations to undertake her Industry Practice at the renowned Institute of Bioinformatics and Applied Biotechnology in Bengaluru. The Industry Practice took her interest in the subject to the next level. She worked on a path-breaking cancer research project during her six-month research internship here, which she says has proven to be a turning point in her career. “I have been working on a project titled ‘Pathway analysis of pancreatic cancer and its implications on human prognosis’,” says Lasya, who analysed biological pathways to pinpoint certain molecular markers that could help in the early detection of pancreatic cancer or act as therapeutic targets. “I have always been fascinated by the advances made in cancer research, and this project was just perfect for me,” says Lasya, who was awarded a scholarship by NU. “The institute was seeking to gain further prominence in cancer research using bioinformatic tools through this project. It promised to lead to higher visibility through publications, and possibly increased funding support as well,” she says. For Lasya, it was a chance to be part of a project that could make a difference in the real world, which was right up her street. Plus, she acquired new competencies. “The project helped me learn many new skills like data interpretation. I learnt a new programming language, R, and the project also improved my scientific writing skills. I believe these skills will add value to my research profile,” she says. She adds: “My university and industry mentors guided and pushed me to think out of the box. And the entire team of professionals I worked with supported me while clearing any roadblocks in the workflow.” With Industry Practice under her belt, Lasya is set on a career path in research.