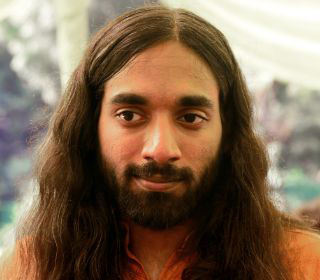 As a young school student, when children his age were probably attempting to figure out how the world worked, Karthik Ram Mamidala was fascinated by something altogether different – new research on nano-electronic devices. “While I did not understand what they actually entailed at the time, I knew this was something I really wanted to do,” he recalls. Enrolling in 2017 for a BTech in Electronics and Communication Engineering (with a specialisation in VLSI and Embedded Systems) at NIIT University (NU), was the first step towards this goal. Karthik says he chose NU for its reputation of encouraging its students to participate in research. It turned out to be the right decision, and NU was indeed the right place for him. In his first year on campus, NU hosted the Nano-electronics Premiere League – a gamified event that sought to get students interested and to actively participate in nanoelectronics studies and research. This platform was just what Karthik needed to further ignite his passion in his chosen area, and he even bagged the prize for ‘Best Researcher’ at the event. A couple of years later, in the summer of 2019, Karthik joined Indraprastha Institute of Technology (IIIT) Delhi as a Research Intern. During the two-and-a-half months long internship, he learned about Silvaco TCAD simulation tools, and studied research papers on Tunnel Field Effect Transistors. “It gave me a glimpse into what research in this area would actually entail. I immediately knew this was something I wanted to actively pursue, and so I stayed in touch with my supervisor even after my internship ended,” says Karthik. This engagement carried over into the next semester with the R&D Project course, where students got to work on a problem area of their choice. Karthik continued with the work he had started on at IIIT-Delhi, and wrote and presented a small thesis on his research. “It helped me practice everything, from how to efficiently conduct a literature survey, how to do scientific writing and how to present one’s results in a compact, yet interesting, manner,” he says. Another course called the Capstone Project, where students are encouraged to work on and solve industry-related, real-world problems, also ranks among Karthik’s favourites at NU. These three projects helped him prepare well for his upcoming Industry Practice (IP).

At IIIT-Delhi, Karthik spent the next six months analysing nanoscale MOSFETs and TFETs using TCAD tools, for his IP. Based on this stint, he wrote two authored papers which were published in the IEEE ACCESS, a globally renowned peer-reviewed and open access journal. “From our very first year at NU, we had been encouraged to publish the findings from our research in an IEEE journal. The fact that there two papers were the first ones from NU on nano-electronic devices to be published in an IEEE journal, makes me optimistic that this could be the start of something special,” says Karthik. Life at NU surely wasn’t all about academics, and Karthik fondly remembers the highs and lows of his four-year stint on campus and the memories that will stay on with him. “I thoroughly enjoyed my time here, with moments to cherish – from having credits in badminton and musical performances, and starting to prepare for a mid-semester exam with less than 12 hours to go, to the interesting discussions we had at the Listening Tree and attending talks that had nothing to do with my core subjects. All these experiences contributed towards making me a well-rounded individual,” he says. Karthik’s hard work, diligence and talent has taken him beyond India’s shores. Since December 2021, he has been pursuing a Master’s programme in nanoscience with the NanoLab at Sweden’s Lund University. He aims to study for a PhD Programme in nano-electronic devices after this, and take his dreams to the next level. We wish him the very best in life!