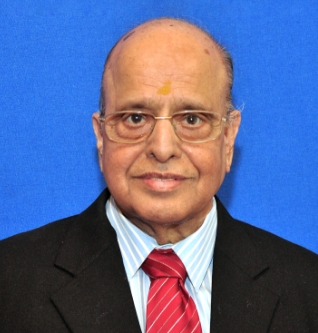 As Chairman of ISRO, Dr Kasturirangan oversaw India’s space programme from 1994 and 2003. He was a Member of the Rajya Sabha from 2003 to 2009, and also, concurrently, Director of NIAS, Bangalore, before becoming Member of the erstwhile Planning Commission. He was appointed Chairman of the Committee entrusted with drafting the new National Education Policy from July 2017 to December 2018.

Dr Kasturirangan completed his Bachelor of Science with Honours, and Master of Science in Physics from Bombay University. He received his Doctorate in Experimental High Energy Astronomy in 1971 while working at the Physical Research Laboratory, Ahmedabad. His interests include astrophysics, space science and technology as well as policies governing the practice and study of science.

In addition, he was awarded the Shanti Swarup Bhatnagar Award in Engineering; the Aryabhata Award 2003 by the Astronautical Society of India; Lifetime Achievement Award by the Asia-Pacific Satellite Communications Council, Singapore; Aryabhata Medal by the Indian National Science Academy (2000); the Asutosh Mookerjee Memorial Award by the Indian Science Congress; the Jewel of Ruia award by Ruia College Alumni Association, 2007; Maharana Udai Singh Award 2007-08 by Maharana of Mewar Charitable Foundation, Udaipur, 2008; Rajayogindra Award by the Maharaja of Mysore (2008); and the Vikram Sarabhai Memorial Gold Medal from the Indian Science Congress in 2009.