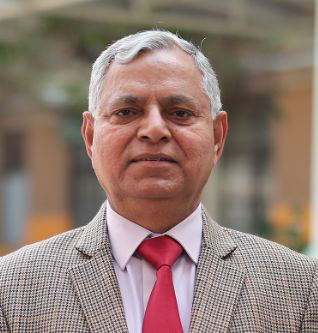 Major General AK Singh (Retd) is currently Chief Operations Officer and Dean of Student Affairs at NU. An alumnus of the Indian Military Academy, he was commissioned in the Fourth Battalion of the Bihar Regiment in 1974, which he later had the privilege to command. Over the course of his 35 years in the army, Maj Gen Singh held various command, staff and instructional posts. He signed off his military career on a high as Deputy Commandant and Chief Instructor of the Indian Military Academy, Dehradun. Having attended the Higher Command Course from Army War College, Mhow, and the Army Staff Officers Course at the Defence Services Staff College, Wellington, Maj Gen Singh was awarded an MPhil (Defence Management) from Devi Ahilya University, Indore, and an MSc (Defence & Strategic Studies) from Madras University, Chennai. He also attended the NBC Defence Advance Course at NBC Defence School, Caen, France, and the Independent Directors Programme at MDI, Gurgaon. He was awarded the Chief of the Army Staff Commendation Card twice as well as the Army Commander’s Commendation Card. After leaving the army, Maj Gen Singh worked in industry for a while, starting with Reliance Infrastructure Limited and later, Moser Baer Power (MP) Limited before joining NU.