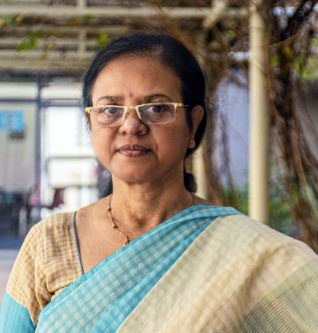 Dr Ratna Sanyal is a Professor of Computer Science & Engineering, and Dean, Research at NU. She has over 35 years of experience in teaching and research. She received a PhD degree in from Banaras Hindu University in 1989. She has worked on varied projects as principal investigator (PI), co-PI and coordinator such as UDL, TDIL and also digitisation projects, including the ASEAN-India S&T digital library and the DSIR-APTECH web-based education system. Her current areas of research include software engineering, Natural Language Processing and issues pertaining to digital libraries. Dr Sanyal has published over Sixty-four papers in international journals and conferences and has given more than twenty invited talks. She is a member of the editorial boards of international journals and also member of the programme committees and reviewer of many national and international conferences and journals. Dr Sanyal was awarded the International Education Leadership award in February 2017 in Bangkok. She was also awarded the Best Educationist Award 2016 and a Certificate of Education Excellence by IIEM, New Delhi. In addition, Dr Sanyal won the National Mahila Rattan Gold Medal Award 2016 and a Certificate for Outstanding Achievements in the field of Education by ISC, New Delhi. She also won an award for best software at the 13th International Conference on Intelligent Text Processing and Computational Linguistics (CICLing) 2012.